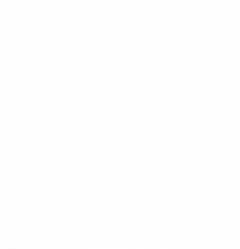 When you witness someone performing at their peak it’s a beautiful thing, whether that’s on the sporting field, in business or when delivering a speech.

This week’s guest Adrian Webster is one of the greatest motivational speakers I have ever seen.

Every month I invite a special guest speaker to host a workshop for our on-going self-development community the Mind&Body Gym. Adrians talk was exceptional, it was like watching a master at work. There were tears, loads of laughs and tons of learning. And you could feel the passion behind every word.

Adrian has clearly found his calling and his Arete.

But it wasn’t always this way.

Adrian started out as a riot police officer. After realising this was not the career for him, he spent several years helping to grow a milk business by selling door to door. To help reframe the experience of rejection as he knocked on door after door he started to give them names. Instead of taking rejection personally, he would look forward to seeing how many ‘Neg Ferret’s’ or ‘Bloaters’ he would meet.

Eventually, Adrian left the milk business and moved into IT sales. However the skills he mastered during his time as a milk salesman enabled him to become one of the top salesmen in the whole industry, eventually running a team of over 150 sales staff.

As the team grew Adrian started to motivate the whole team with stories of ‘Neg Ferret’s’ and ‘Bloaters’ which evolved into his first book, ‘The Polar Bear Pirates: A grown up book for kids at work’.

During one of these talks a client happened to be in the office and was so impressed that he asked Adrian to deliver a talk to his staff and the rest as you will find out is history.

Adrian is a wonderful example of how you can grow into your passion during the many twists and turns of life.

I hope you enjoy our chat, which is hilariously funny at times with a powerful message.

Alright let’s do this – Andy

Athletic Greens: 75 whole food sourced ingredients designed to optimize 5 key areas of health, Athletic Greens is the delicious daily habit that sets you up for a healthy future. I take the packets everywhere I go. Invest in your health without compromise! Go to: athleticgreens.com/andyramage to get a FREE year supply of Vitamin D ​AND​ 5 free travel packs​ with your first purchase.

Subscribe to get words of wisdom from Andy straight to your inbox.

These reflections are described as “life-changing”